Many countries lack a functioning rule of law system. This creates injustice and causes severe injury to the people due to prevailing powers and self-interest against reason and the common good. Consequently, this hinders economic and social development while arbitrariness, corruption, discrimination, and violence flourish. Only a society based on principles of the rule of law will prosper, develop, and provide its people a peaceful and enjoyable life without suffering and fear of those in power. The rule of law system is based on the idea of establishing a combination of powers in society to guarantee the formation of good and equal laws, impartial execution, and faithful interpretation, allowing citizens to rely on the law.

The rule of law provides a rule-based system in which the government and its agents, as well as individuals and private entities, are accountable under the law and where laws are clear, publicized, stable, fair, and protect fundamental rights. Democratic principles such as accessibility, fairness, and efficiency determine the processes by which the laws are enacted, administered, and enforced. Access to justice is provided without discrimination. Judicial officers are impartial, independent, and of sufficient number to reflect the makeup of the communities they serve. A functioning rule of law system protects fundamental rights, including the security of persons and property, combats corruption, promotes reforms, and improves access to justice. It imposes limits on how government and private entities exercise power and increases the power of the people, the actual stakeholders in society. The challenge is not only to extend the rule of law into societies not yet familiar with it but also, and equally important, to expand this framework to all corners of governance within societies already accustomed with the rule of law. 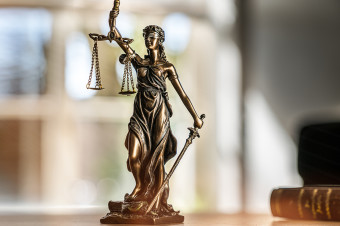 GFA implements projects for a number of donors such as EU and GIZ in a multitude of countries in Europe, Asia, Africa, and Latin America to strengthen the rule of law. GFA assists with capacity building and training to empower the people and their governments to foster the rule of law - in line with their history and cultural background - in their countries. GFA continually enhances its in-house expertise and knowledge on rule of law reform and shares up to date information through its working group on justice. GFA experts inter alia are engaged in legal reform processes, institutional capacity building of judicial bodies, strengthening the efficiency and credibility of criminal justice systems and improve access to justice for the people.