CELEBRATION ON ENERGY-EFFICIENT REHABILITATION OF PUBLIC BUILDINGS IN JORDAN 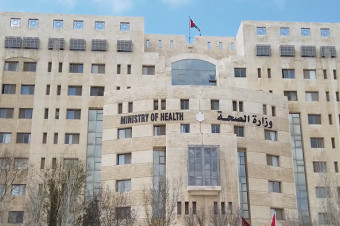 On 9 March, 2020 the finalization of energy-efficient measures at five public buildings in Amman was celebrated in Amman, Jordan. The measures have been part of the KfW-financed Renewable Energy and Energy Efficiency Program (REEE II) project. The event was attended by the German ambassador to Jordan and the Jordanian Minister for Public Buildings and Housing as well as other government members. A consortium led by GFA together with Jordanian partner Engicon has planned the energetic measures and coached their implementation. The buildings comprise a complex of the Ministry, a school, a polyclinic and two hospitals, in which energy-efficient air conditioning, LED lighting, solar warm water processing, control technology and photovoltaic systems were installed. These measures and the work of the team of consultants were documented in a video. The project will be continued until the end of 2022 by rehabilitating 196 schools, hospitals and other public buildings in all Jordanian provinces.

> More information about the project