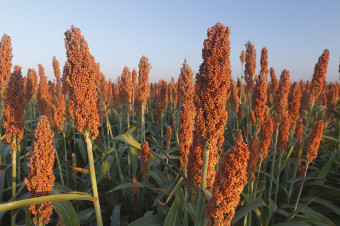 Kenya’s national newspaper, “The Standard”, published a detailed article pertaining to a GIZ project being implemented by GFA: “Drought Resilience in Northern Kenya”. The article reports on the flood-based farming project in Kajukjuk: As part of the project work, the GFA team supports the Kenyan government and individual communities to dig trenches and sow a millet-like cereal known as sorghum. The trenches serve to divert the heavy seasonal rainfalls in such a way that the channelled waters flood and thereby irrigate these sorghum fields. The extra water enables the farmers to reap one additional harvest per season; which becomes a significant contribution toward food security for the local population of Turkana County.

The project in brief