Perspectives for Senegal - What are the options for activities adapted to the needs of the populations? 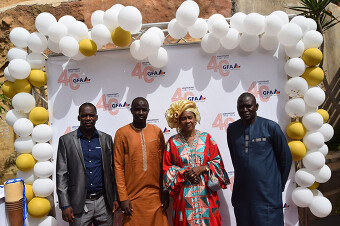 We took our 40th company anniversary as an opportunity to produce an impressive film about Senegal and our projects for vocational training and employment in the country. The film will be released in French for the moment - an English version will follow.

Senegal has 18 million inhabitants. The country is stable and democratic. Its population is very young. Sixty percent of the population are under 25 years old. One third live below the poverty line and two thirds of families suffer from permanent poverty.

In its ambitious programs to improve the country’s economic situation, the government is supported by numerous international partnerships. The GFA is part of this cooperation and is currently taking part in 10 German, French and American programs. Through the example of some projects, commissioned by the Deutsche Gesellschaft für Internationale Zusammenarbeit (GIZ) and implemented by the GFA, it is clear that our common goal is to open up new perspectives for the people of Senegal.