Pursuing an innovative approach in the fight against erosion and for the sustainable management of natural resources in Madagascar, PLAE is financed by KfW since 1998. The Program builds on concepts based on soil protection and increasing village income and works with farmers grassroots organizations. Following the significant results obtained by PLAE I and II in the reduction, cessation or prevention of degradation of sensitive areas and adverse effects of erosion, the program was expanded and is currently focusing primarily on the forest energy dimension on a large scale and on land tenure security. Up to now, the PLAE is implemented in the regions of Boeny, Diana and Betsiboka in the framework of the third phase (2014-2019). In charge of the implementation of PLAE IV, GFA, through its team of experts will support the Ministry under the Presidency in charge of Agriculture and livestock (MPAE) in the extension of the activities in the regions of Sofia, Ihorombe, Haute Matsiatra and Amoron’I Mania. 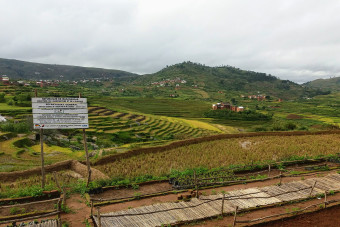