The project identified and disseminated successful approaches to promote biodiversity-based value chains in close cooperation with the ASEAN Centre for Biodiversity (ACB) in the Philippines with pilot implementation in selected ASEAN Heritage Parks in Cambodia, Laos and Vietnam. The overall goal was to strengthen the capacities of different actors in ASEAN member states allowing them to mainstream biodiversity through the promotion of biodiversity-based products (BBP) along value chains. Thus, economic incentives were created for the protection of biodiversity, especially for local communities in the buffer zones of protected areas. 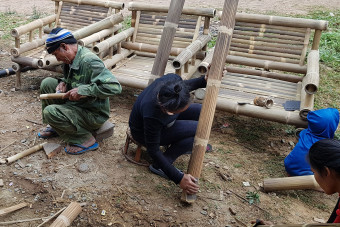